The enthusiast’s case for buying a Prius 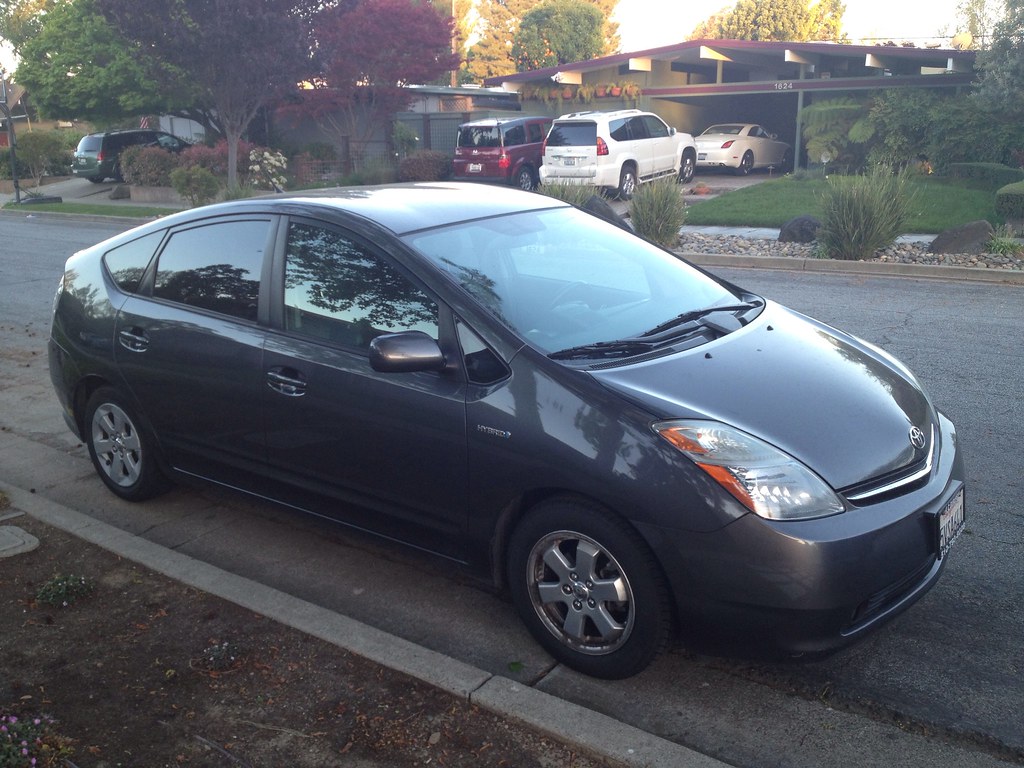 In about a week, I’ll have a hundred mile daily commute, and my two cars are an Evo X and a NA Miata. The Evo is safe but thirsty. The Miata is fun but not the safest car to commute in over long distances.

With six airbags, my Prius has high crash test ratings across the board. Since my chance of getting in an accident is related to my time in the car, it was important to me to get a modern car with excellent crash safety. With standard ABS and stability control, I also have a degree of active safety where I can avoid accidents in the first place.

This assumes that after 2 years my Prius is worthless, which it won’t be. In fact, adding 26,000 miles to my Prius removes only about a thousand dollars from its resale value. So depreciation is four cents a mile, as opposed to twelve on the Evo. Each mile in the Prius costs ten cents in fuel, as opposed to twenty five cents on the Evo.

I have nothing bad to say about the durability of my Evo. It’s the third I’ve had and the previous two were the most reliable cars I’ve ever owned. These cars are bulletproof- as long as you do the maintenance. The Evo is a complex machine. The transmission has dual wet clutches, and six speeds. The rear and center differentials contain three clutches for torque vectoring køb viagra. All this stuff needs TLC, and between fluid changes, brake pads, and tires, a year of commuting can cost a couple thousand dollars.

The Prius, on the other hand, is actually much simpler mechanically than most cars. Despite the clever Hybrid Synergy Drive, the transmission is a simple planetary differential. Six gears and two brushless AC motors combine with the internal combustion engine to give you all the ratios you need. There are no clutches or torque converters to wear or break. The mechanical brakes only operate in panic stops and under 7 mph, and last hundreds of thousands of miles.

The battery, which is the source of lots of fear and unwarranted depreciation, is a Matsushita prismatic NiMH pack that has a ten year/150K mile warranty in CA. This warranty is rarely used- Consumer Reports tested two 200K mile Priuses and found virtually no difference in performance and efficiency from new. The market for replacement packs is nil- a used pack in perfect operating condition costs only $500. Even assuming the worst, a $3000 replacement pack, I’m still ahead.

Even the electronic systems are easy to source and plentiful- Toyota has sold over 2 million Priuses to date, and most of them are the second generation model I purchased.

So I’m of the belief that a Prius will last forever, yet they depreciate as much as any normal car. I’ll be the first person to say that $25K on a hybrid doesn’t make much financial sense, even at $5/gallon. $10K for a durable car that gets 50 mpg makes a lot more sense.

The fact that the Prius is so normal to drive while being so radically different speaks to its purity of intent. Reading “The Prius That Shook The World“, I learned of a surprisingly ambitious Toyota reinventing major technologies time and time again to build a viable parallel hybrid at a reasonable price. The Prius was not engineered to be a drivers’ car, but to be a reliable and efficient car for the 21st century. From its Kammback design to the power split device and motor generators, this is a car that was designed from the ground up as a hybrid car for the future. In ingenuity and imagination, it reminds me of the first generation Mazda Miata in how it represents a singular vision of brilliant engineering.

The Prius was Toyota’s Lexus moonshot of the late 1990’s. Just like the Lexus LS400 of 1990 was overengineered to create a luxury market for Japanese cars in the US, the second generation Prius was designed to create a market for efficient and reliable hybrids. It’s a car that was created to move a market, and it shows. In 2006, a $25K car with DVD navigation, bluetooth, keyless entry, rearview cam, and HID headlights is not a car that was earning lots of cash for its maker.

If I were to be completely rational, I would sell the Evo and Miata and just motor forever in my Prius for fourteen cents a mile. But I’m not. I’m a car nut. The Prius appeals to my rational brain, but having a tiny understanding of the witchcraft that gives me 50 mpg also makes me giggle. But I want a car for the track, and a car that I can drive down the coast with the top down. The Prius lets me have a comfortable, cheap, and reliable travel pod that also happens to ooze with brilliant engineering and technology. On the weekends, I’ll be enjoying my pristine Evo and Miata, thanks to the Prius.

This entry was posted on Sunday, April 14th, 2013 at 11:07 pm and is filed under cars, Uncategorized. You can follow any comments to this entry through the RSS 2.0 feed. You can leave a comment, or trackback from your own site.