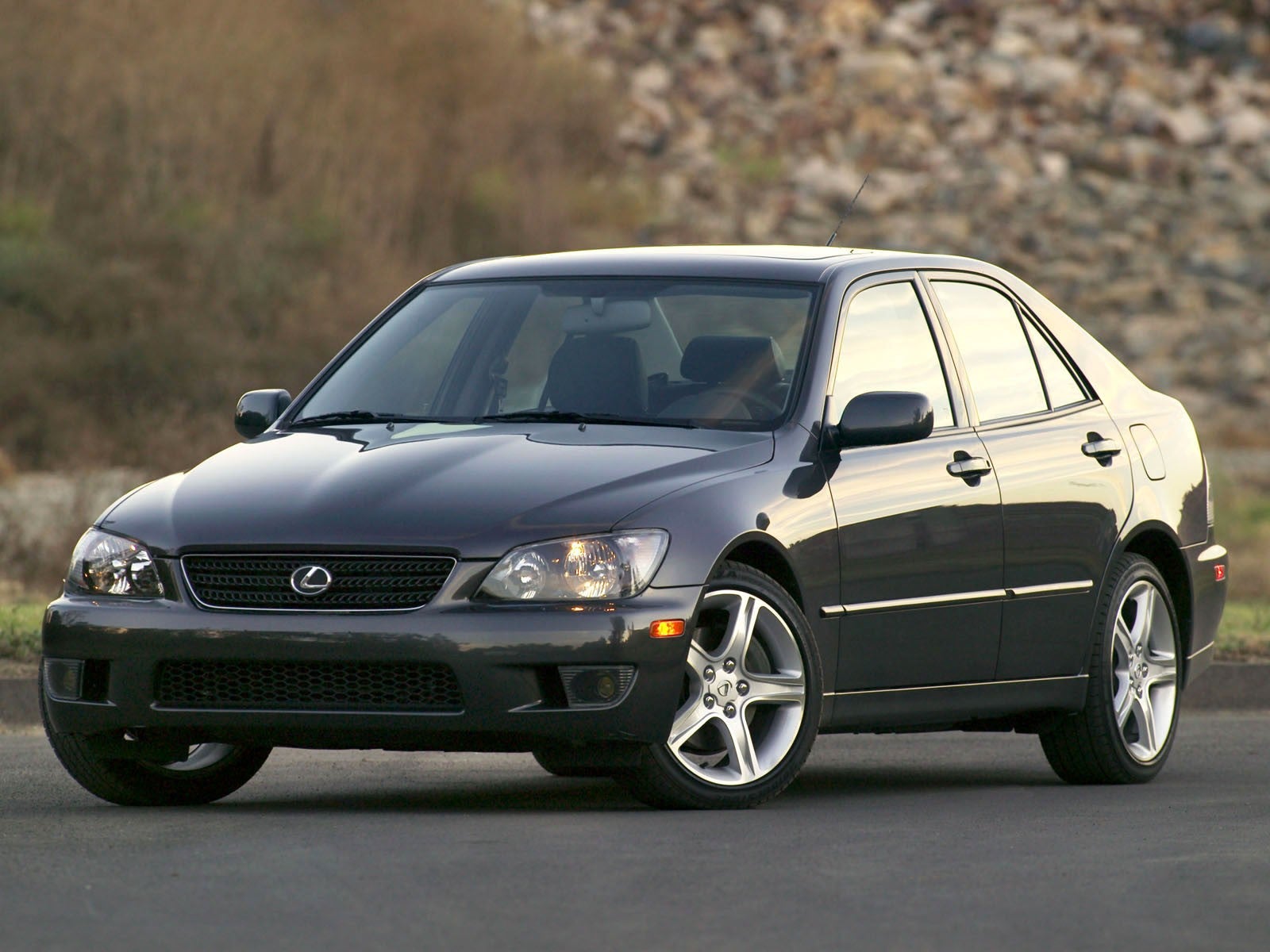 When Toyota launched Lexus in 1990, they had their flagship LS and a tarted up Camry called the ES. Nonetheless, for the low, low price of $35K ($62K in today’s dollars) you had a luxury sedan that was paradoxically both technically ambitious and conceptually conservative. It turns out there was a huge market for a luxury car that combined Japanese reliability and technology with German luxury.

By 2000, Lexus had the GS, LS, RX, ES, SC, and LX lines. It had virtually the entire luxury market mapped out, but they didn’t have a 3 series competitor, right when the Audi A4 and BMW 3-series were snapping up australianviagra.com coveted young professionals. Toyota looked at their product portfolio and decided to rebrand the Japanese market Altezza as a Lexus. But where Lexus had a reputation for restrained luxury and comfort, the Altezza was an altogether different beast.

You see, the Altezza’s chief engineer was none other than Nobuaki Katayama, who was also the mastermind behind the RWD Corolla GT-S, also known as the AE86. The AE86 became legendary for its combination of light weight and handling, and was immortalized by the Initial-D manga and anime. With a higher budget than with the Corolla, the Altezza had double wishbones all around, just like the Supra. It also was available with the legendary 2JZ-GE inline six from the Supra. With lots of room in the engine bay any powertrain from the Supra will also fit in an IS.

Unlike other Lexus models, the IS300 was not designed with North America in mind, but instead for Japanese enthusiasts. As a result, the car’s design reflects much of the home market’s tastes in the late 1990’s. The stereo is a straightforward 2DIN design, easily replaced with an aftermarket unit. The pedals are drilled aluminum. The taillights are dipped in chrome and spawned many imitations in the aftermarket. The shifter is a giant chrome ball. And most noticeably, the instrument cluster looks like a Breitling chronometer.

Unlike the E46 BMW, the Lexus IS is a Toyota, and therefore extremely reliable. The engine is overbuilt at the modest 215hp power level. Also unlike any BMW short of an M3, an LSD is available on all model years except for 2005. While the reviews of the time place the IS slightly behind its contemporary BMW, the suspension has more potential and takes well to aftermarket dampers, springs, and sway bars.

If you want an IS, the 2002-2004 models are best, since they have side curtain airbags, and an available five speed manual. 2005 models lost the optional LSD, which was a bargain at $600. Also, from 2002 there is a rare wagon variant, the Sportcross, which was only available with a 5 speed automatic. Automatics drive fine and many well kept examples are easy to find. The LSD option is rare- look in the driver’s door jamb at the sticker with the VIN and manufacturer’s date. If it says B02A, it doesn’t have an LSD. The B02B and B02C variants have LSD. Also, all models with VSC have LSD, but VSC is non defeatable and only available on automatics.

Most of the manual transmission IS300’s I’ve seen have the LSD option, but they also seem more likely to be modified and/or abused. In general I don’t put a lot of value in “never tracked” because my experience tells me that many track drivers are meticulous about maintenance, and you can wear out your car plenty by thrashing your car on public roads without proper care. Still, a 5 speed IS300 with the LSD is the one to get. Navigation is primitive and not worth paying extra for. There are also two optional interiors, a Leather/Alcantara (Ecsaine) combo and a full leather option. The former is much grippier than the latter.

As for pricing in March 2013, good cars seem to range from $10-$15K with the top end getting low mileage cars with all the options. These cars are also modern enough to get the full complement of contemporary safety features and would make for fine daily drivers, so an excellent choice for an enthusiast contemplating the purchase of a Nissan Versa.

In 2006 the IS was updated as a proper Lexus. It gained all the refinement and luxury that it predecessor lacked, but lost the edginess of the original car. It was a huge success. If you’re a fan of small sedans with sports car suspensions, the Lexus IS300 is an unusual example of a Japanese home market car coming to the US with very little lost in translation.

This entry was posted on Tuesday, March 19th, 2013 at 12:20 pm and is filed under cars, cool used cars. You can follow any comments to this entry through the RSS 2.0 feed. You can leave a comment, or trackback from your own site.