Via Autoblog, I found this article in the Detroit News, which says that Japanese automakers are worried about sales in Japan because young people are shifting their interest away from cars and towards gadgets.

The appeal of driving yourself boils down to personal space and freedom.  But nowadays we spent most of our driving going to one of two places, and portable devices allow you to create a personal space virtually anywhere.  While they don’t erect a physical barrier with the outside world, an iPod or Kindle allows its user to effectively shut out the outside world, even in the middle of a crowded train.

Technology has also diminished the significance of physical location; half of Mozilla’s employees are remote and they seem to have no trouble getting as much done as the rest of us.  How long will it be until commuting and travel become obsolete altogether?

Joshua showed me Facebook Lexicon today, which launched a few months ago but apparently I live under a rock. Lexicon is a feature that lets you see the relative frequencies of words that occur on Wall posts, and it’s really fun to play with.

For instance, comparing “blond” to “blonde”, it appears that the latter is far more popular:

Another interesting faceoff is “you” and “your” vs “u” and “ur”.   I predict some sort of apocalypse when “u” overtakes “you”.

Individual wall posts are basically throwaway messages, analogous to that whiteboard you had on the door of your dorm room.  Not terribly interesting, but being able to see this data in aggregate is much more interesting, especially since the throwaway nature of these posts means that people write in a way that is most natural to them.

I could imagine this being useful for SEO, creating online ad campaigns, or just general zeitgeist tracking.  For instance, looking at ‘obama’ and ‘mccain’ in Lexicon shows a real dropoff after the election, with McCain all but dying out and Obama maintaining a slow but steady trickle of wall posts.  I imagine we’ll see a spike as we approach the inauguration (yay!). 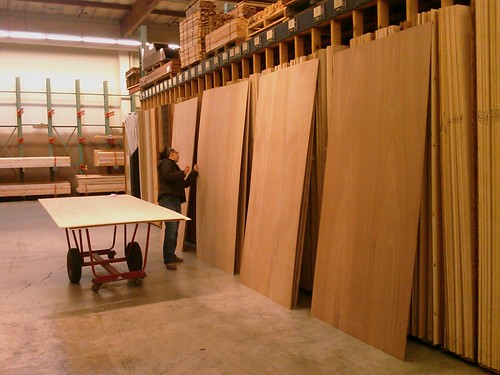 Staycation remodeling projects have become a tradition in our household, and we finally removed the nasty sheetrock from our hallway over the Christmas break.  Demolition on the 24th, hanging panels on 25th, and the obligatory trip to the dump on the 26th.  Click on the photo to see how it went canadianviagras.net!

Mahogany paneling and showers don’t mix.  Unfortunately, that’s how most Eichler bathrooms are made, complete with inadequate ventilation.  One solution is to leave the skylight and window open, but as the winter rains come and temps drop into the 40’s, this results in lots of uncomfortable mornings and a general meat locker atmosphere that seeps into the entire house.  Clearly, we needed a bathroom exhaust fan.  But not just ANY bathroom fan.
END_OF_DOCUMENT_TOKEN_TO_BE_REPLACED

First day at the new gig

Today was my first day at Mozilla, where I start my dream job as the new lead for Add-ons.  I’m a huge fan of browser extensions and I’m honored to be one of many at Mozilla who help make the web a better place by promoting openness and innovation on the internet.

Highlights of my day- raiding the kitchen for different kinds of iced tea and riding a rickety electric tricycle at ludicrous speeds after sunset on slippery and cold corporate sidewalks.  Oh- and thinking about the future of Add-ons for my favorite browser, Mozilla Firefox!  I think I’m going to like the new job levitra in australia.

I’m also going to miss the folks at Raptr an awful lot.  I liked the product and loved the people there, and Thresh was a capable and demanding boss who pushed me to do my best in both product management and Starcraft.  He was gracious enough to invite me to the holiday party last week and I’ll always wear my Raptr hoodie with pride.  Most importantly, I know that I’m moving on to new things having left Raptr in better shape than it was in when I arrived there.

After a year of dusty and cold tile floors, we decided to bring in some much needed warmth to our living/dining area with some area rugs constructed from FLOR tiles. We chose FLOR because we were impressed with our neighbor’s wall-to-wall installation and they were explicitly compatible with the radiant heat in our Eichler.

Happily, FLOR makes it easy in today’s internet age by providing an easy way to order samples online. We ordered 12 samples for $12 and settled on Leaf. The tiles arrived less than a week later and they stick to one another with these stickers that chemically bond to the bottom of the tiles, providing a secure and semi-permanent attachment between tiles køb cialis. One installation tip- be sure to align the arrows on the bottom of the tiles to ensure a seamless appearance.

Life after the auto industry

In late 2005 I was a car enthusiast working for a car company.  What I hoped would be a dream job turned into a nightmare of sorrows as I found that my passion and enthusiasm for cars only served to make me aware of the abyss into which we were falling, without any power or ability to do anything about it.  Reading about all the issues in Detroit makes me sad for my friends and colleagues there, and I feel the need to write down a few thoughts, so I will.
END_OF_DOCUMENT_TOKEN_TO_BE_REPLACED