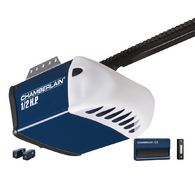 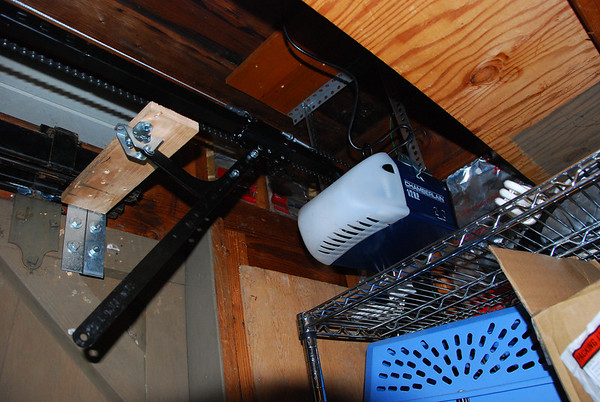 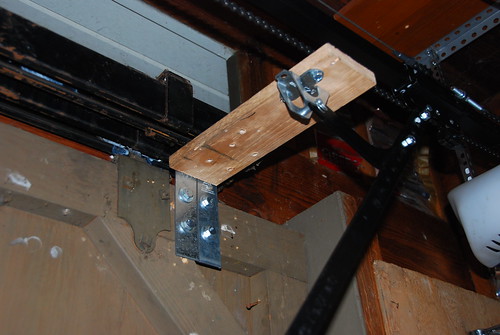 Build a bracket like this, with the piece of oak attached to the angle brackets with lag screws køb cialis.  I only used two lag screws even though there are holes for four, to allow for greater clearance for the bracket as it must pass above the other door when opening.  Also note that the bracket is attached just inboard of the hanging casters for the door.  This is critical as it will ensure that the bracket will not hit the other door’s casters as it opens. 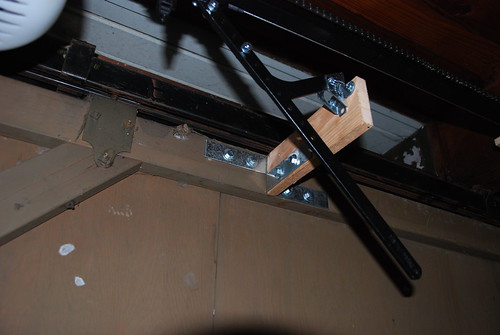 This entry was posted on Sunday, August 10th, 2008 at 3:05 am and is filed under Uncategorized. You can follow any comments to this entry through the RSS 2.0 feed. You can leave a comment, or trackback from your own site.